It’s been another exciting year in science and innovation at Boston Children’s Hospital. Read on for a few Vector and audience favorites in science and technology.

This free app, BabySee, lets you point your phone at any scene (selfies included) and see it through your baby’s eyes (here, at 6 and 9 months):

Crisis Care: An app for suicide prevention:  Smartphones and suicide prevention may not be such strange bedfellows. Since teens are used to turning to their phones, a mobile app may be the perfect platform to support them through tough times.

This light-activated heart patch, insertable with a catheter, would allow doctors to repair the heart without doing open-heart surgery:

Huggable robots: Don’t judge: this cuddly, talking bear developed at MIT cheers and soothes kids, who are much better at suspending disbelief than adults:

The silk road to organ reconstruction: Silk is a natural material that’s strong, minimally immunogenic and “tuneable ”— able to take on many forms a tissue engineer might need:

The millirobots are coming! Powered by an MRI magnetic field, teams of magnetized robots could swim through the body to deliver a drug, break open a cyst, unclog an artery or puncture a membrane to unblock fluid flow in the brain.

Hi-fidelity medical mannequins: Is this brain endoscopy image real or fake? The artists who do special effects for horror flicks and The Knick are creating ultra-realistic medical “trainers.”

A poor man’s vestibular test: An iPhone affixed to the bottom of a bucket can stand in for a fancy “subjective visual vertical” test that’s rarely available for children. Simple but effective.

The cells behind the scenes: We were thrilled to see neuroscientist Beth Stevens’ work on brain microglia take center stage this year with her MacArthur “genius” grant. As she says in this mouse-over profile, “Scientists aren’t just nerdy guys in white coats.” 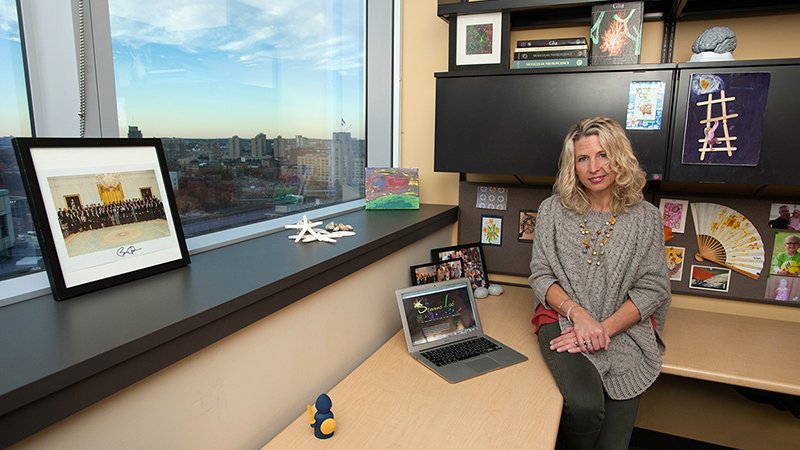 Fecal transplant, validated: Trials and a new delivery method — a.k.a. poop in a pill — could make this transformative treatment for severe C. difficile infections go mainstream.

2015 could go down as the year of the mosaic mutation. Genetic computational studies showed that mutations that occur in a single cell and get carried forward to its descendants are behind some rare vascular anomalies and brain disorders like autism.

Another win for gene therapy: Restoring hearing in deaf mice by providing working copies of defective proteins at the tips of the hair cells, organized here in bundles. Human protocols may not be too far behind.

A new aquatics facility is improving the care and feeding of more than a quarter million zebrafish. Here, zebrafish “love tanks” with optimal breeding conditions—speeding up scientific discovery and enabling large-scale screening of candidate drugs.

An advance in cancer immunotherapy — specifically, chimeric antigen receptor (CAR) T-cell therapy, which genetically engineers the patient’s own T-cells to make them more active and better at targeting tumors. It’s now in a clinical trial here for relapsed acute lymphoblastic leukemia (ALL). Here’s how it works: 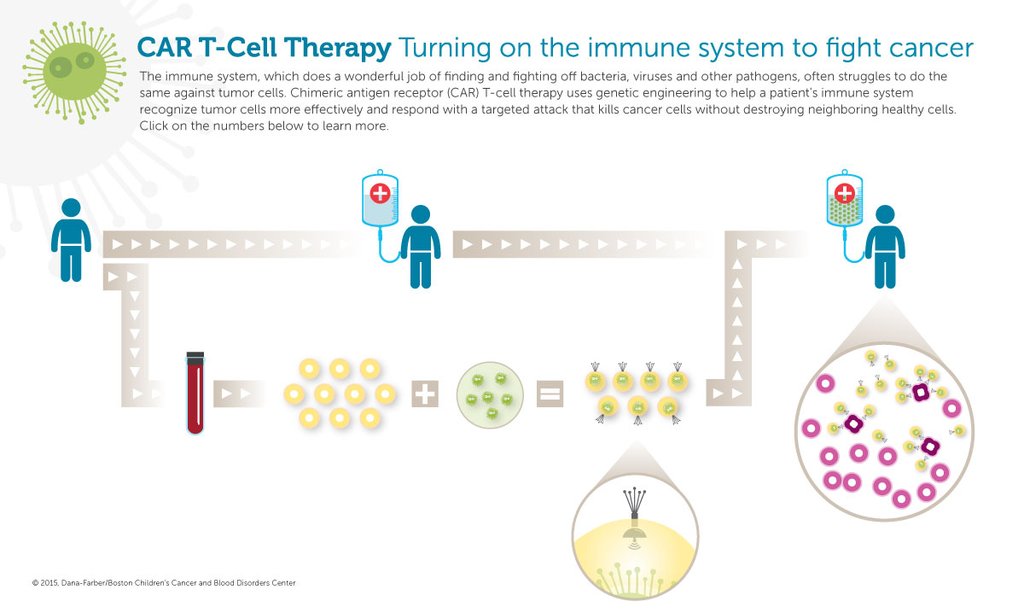 Raising the diagnostic bar for rare disease: The CLARITY Undiagnosed crowd-sourcing challenge called on teams from around the world to try to find answers for five families with undiagnosed illnesses — “the toughest of the tough” — setting new standards for genomic interpretation.

A neuro-immune approach to asthma: In a surprising new tactic, a drug targeting sensory nerve endings in the lungs could break the vicious cycle of allergic asthma. Here’s how: 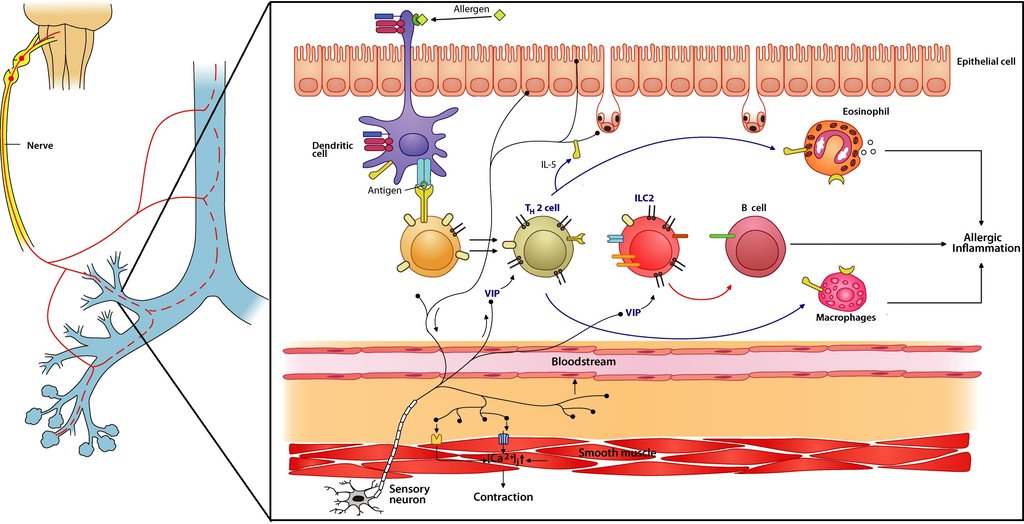 Dogged search turns up a natural muscular dystrophy protector: One of these Golden retrievers defied the odds, remaining healthy despite having the Duchenne muscular dystrophy gene mutation. The protective gene that made him so resilient could potentially be mimicked with a drug.