In honor of his 35-year career and commitment to blood cell research, Boston Children’s Hospital presented Orkin with the 2015 Lifetime Impact Award, during Boston Children’s Global Pediatric Innovation Summit held this week. The award recognizes a clinician and/or researcher who has significantly impacted pediatric care through practice-changing innovations or discoveries and made extraordinary and sustained leadership contributions in health care throughout his or her career.

END_OF_DOCUMENT_TOKEN_TO_BE_REPLACED 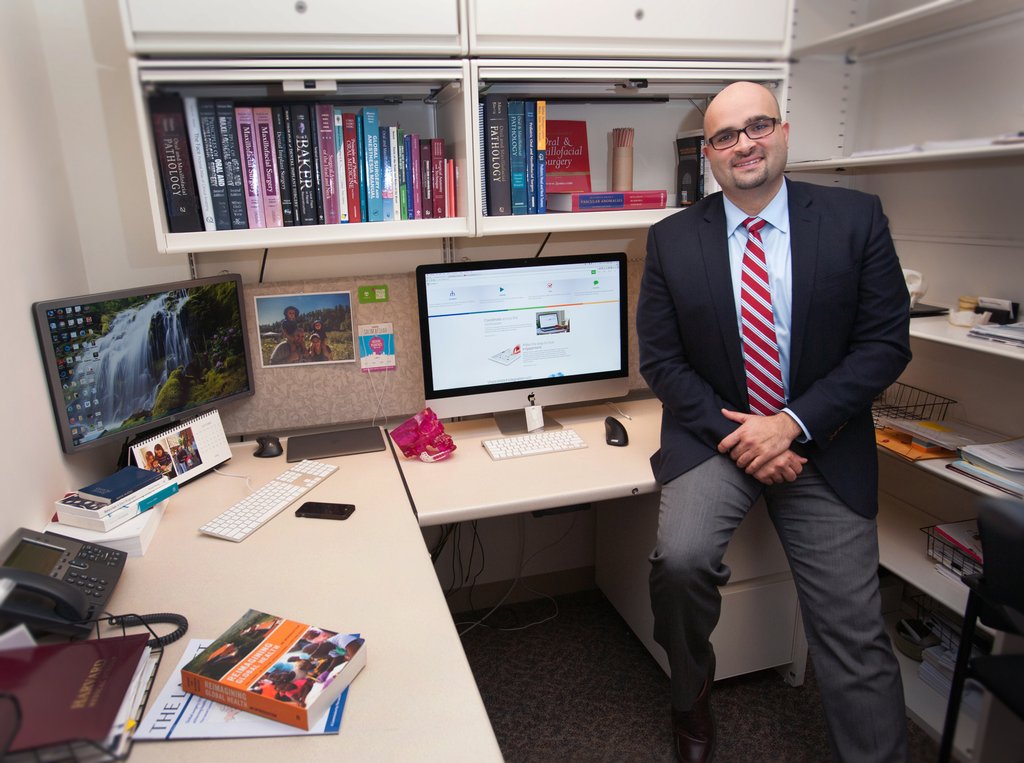 By the time oral and maxillofacial surgeon Salim Afshar, DMD, MD, was 29 years old, he had acquired medical and dental degrees from Harvard Medical School and Harvard School of Dental Medicine. Ever since, he has dedicated his life to community service and his surgical skills to improving community and global health.

An impassioned humanitarian, Afshar serves as one of the faculty members in the Program in Global Surgery and Social Change at Harvard Medical School. As an entrepreneur and innovator, he’s co-founded a health care software company that enables providers to engage and manage patients and their families around complex episodes of care.

Hover over the icons in the photo above to learn more about Afshar and what keeps him going.

According to the American Liver Foundation, about 1 in 10 Americans have some form of liver disease. One rare, under-recognized disorder, lysosomal acid lipase (LAL) deficiency, can fly under the radar until it becomes life-threatening, often requiring a liver transplant. LAL deficiency currently has no specific treatment, but that may change thanks to combined expertise in genetics, metabolism and hepatology.

“LAL deficiency is currently under-diagnosed,” Neilan says. “We think the disease is more common than doctors have thought and now, with a treatment in trial, it is of greater importance to identify those patients so they may have better outcomes.” END_OF_DOCUMENT_TOKEN_TO_BE_REPLACED

Hover over the images and icons in the photo below to learn more about Docktor’s professional and personal life, favorite gadgets and more. 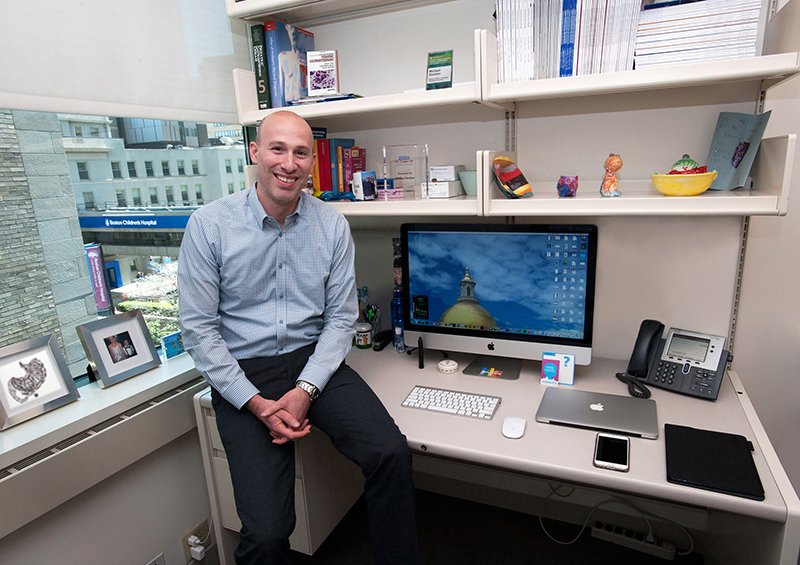 From cancer to feet: the power of Twitter in healthcare (MedCity News)
Why does Twitter care about the healthcare industry? Craig Hashi, one of two Twitter engineers dedicated to healthcare, details the opportunities.

MIT’s implantable device could help docs determine best cancer medicine (Boston Business Journal)
Removing the trial and error associated with cancer drug treatments is high on oncologists’ wish lists. Heeding that call, MIT has developed an implantable device (about the size of a grain of rice) that can carry up to 30 different drug doses to a cancerous tumor, and then be removed to test responses. END_OF_DOCUMENT_TOKEN_TO_BE_REPLACED

Silk production and global interest in the lustrous fiber date back to prehistoric times. Today, the natural protein is solidifying itself as a biomaterials alternative in the world of regenerative medicine.

A recent study conducted by Boston Children’s Hospital urologist Carlos Estrada, MD and bioengineer Joshua Mauney, PhD, shows two-layer, biodegradable silk scaffolds to be a promising cell-free, “off-the-shelf” alternative to traditional implants for the reconstruction of hollow gastrointestinal structures such as the esophagus.

END_OF_DOCUMENT_TOKEN_TO_BE_REPLACED

Bubble wrap used for cheap blood and bacteria tests (New Scientist)
Snap, crackle, pop are the familiar sounds of bubble wrap. According to George Whitesides at the Wyss Institute for Biologically Inspired Engineering at Harvard University, the cheap packing material may be popping up in the near future as a diagnostic tool, replacing costlier 96-well plates.

Nearly half of all pre-schoolers with ADHD are on medication (Washington Post)
The American Academy of Pediatrics calls for children under 6 with ADHD to engage in behavioral therapy before taking medication. Yet according to a national survey published in the Journal of Pediatrics, nearly half of preschool-aged children are on medication for the condition, and more than a fifth were receiving neither of the recommended therapies. END_OF_DOCUMENT_TOKEN_TO_BE_REPLACED

Scientists Work to Contain Modified Organisms to Labs (New York Times)
George Church is at it again. Reporting in Nature, his team has developed a complex safety technique to contain genetically modified bacteria, engineering them to require an amino acid that can only be supplied artificially. END_OF_DOCUMENT_TOKEN_TO_BE_REPLACED

The fecal microbiota transplantation (FMT) movement is catching the attention of scientists, researchers and the media nationwide. Currently, fecal transplantation delivers pre-screened, healthy human donor stool to a patient via colonoscopy or by nasogastric tube. It’s prescribed as an effective alternative to long-term antibiotic use in treating debilitating infectious diseases such as Clostridium difficile, also known as C-diff.

But new research published in Journal of the American Medical Association says there is a third, less invasive, less expensive option to treat C-diff: poop in a pill.

“This ground-breaking paper shows that with encapsulated, frozen donor stool, fecal transplantation can be used to successfully treat recurring C-diff infection in 90 percent of cases,” says George H. Russell, MD, MS, pediatric gastroenterologist in the Inflammatory Bowel Disease Center at Boston Children’s Hospital and co-author of the Massachusetts General Hospital-sponsored study. “[The study] provides proof-of-concept that invasive means do not need to be used to deliver the fecal transplant.” END_OF_DOCUMENT_TOKEN_TO_BE_REPLACED